We use many online tools to make the class completely interactive, we always adjust to our student's schedules and we offer competitive fees.

Mediterranean Solution cares about the ARTS too.

Our director Fabrizio Bianchini, alias Jupiterfab, is an international muralist and works around the world on community projects and exhibitions.

In lived in Barcelona, Rotterdam and Toronto, he has collaborated with several art galleries in different countries as much as some public institutions, for instance, Court of Justice of Rotterdam and University of Toronto.In case you are interested in buying his art you can contact with us and we will be happy to give you all information you need. 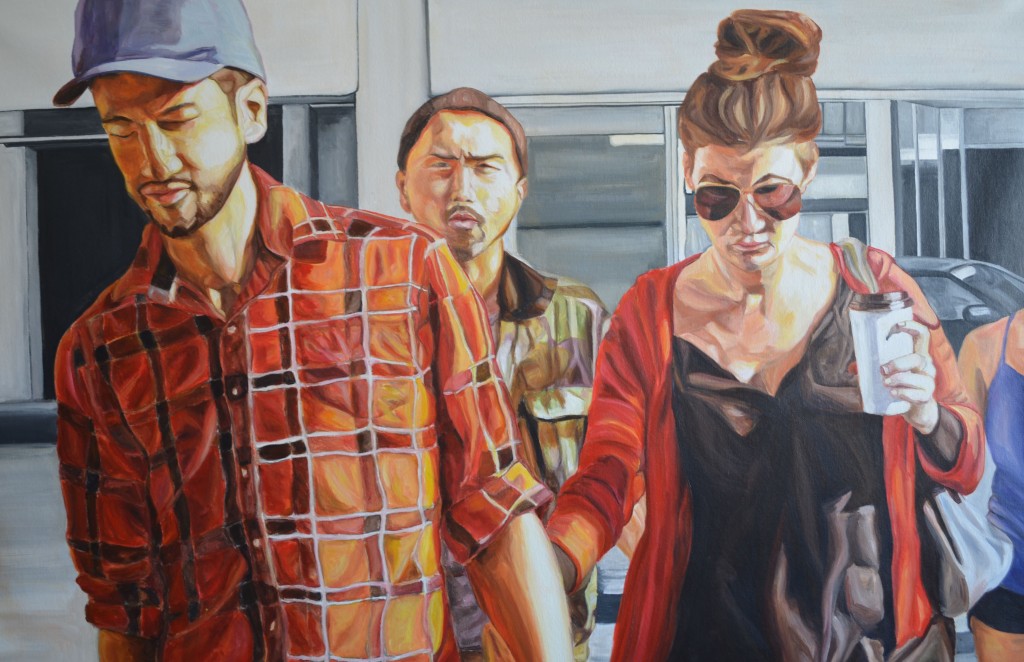 His visual works are realistic and contemporary, and their main subject is always human beings. His self-studied background and his wide observation of urban life and anthropology are represented in his works where realism is mixed with expressionism to represent in a unique and really personal way to paint, feelings and emotions of people behind normal actions.His sounds works can be documentary or sound installation, based on the concept that the hearing is an important sound in people’s life that many times is underrated in favor of sight and that can be different for kind of sounds and for decibel level from place to place.In the last years he has worked in many institutional-public projects, such as “Citizens and Justice” in the Court of Justice of Rotterdam in collaboration with Mirta de Mare gallery and the curator Javier Villa, “(RE-)placing the city: Sacralizing migrant materialities, in collaboration with Simon Coleman and Valentina Napolitano, anthropologists of University of Toronto, supported by Jackman Humanities Institute of Toronto and “Crafting Selves” in collaboration with Simon Coleman, anthropologist of University of Toronto, supported by University of Toronto and Multisphere center of Toronto.For more information you can have a look at his webpage www.jupiterfab.com

At the moment he is working on two main projects, one for exhibition spaces, called “In the city: from Black and White to Colour” and the other involving public art and communities called “Communities’ Human Identity”.

“In the city” is an installation of paintings and sounds. The visual works are a mirror of what surrounds us everyday. Group of people in normal city actions, reinterpreted by the artist without filters. His personal perception of people and society nowadays and of what there is behind the masks each of us wears.
The sound work is an amplification of the sound solicitation that cities impose us. The artist compresses different sounds and arranges them with different pauses, volume and spots of the exhibition space.

Visual and sound works become a unique installation, working on the concept of taking a break from our lifestyle and to reflect about how we live. The goal is to stress humanity and values vs. the situation of hyper-reality and harshness in which we live.
“Communities’ human identity” works on the idea that in a globalize word, uniqueness and diversity are still extremely important. Bianchini wants to represent that each community can have something different from the others in terms of territory, culture, rituals, people… and this diversity can be used to improve the community situation.
The artist works with sound and visual tools, creating a sound documentary and a mural and/or a group of paintings.

Every year for a period that goes from 1 to 4 months he lives in different areas of the world. During his stay, in collaborations with local artists, local associations and/or art foundations he lives with and learns about the community and its territory.
As result of it, he records sounds and makes interviews that then he uses to create a dynamic sound documentary that he can bring with him and export outside the community.

At the same time, he also works with visual art to create another proof to export of this uniqueness and that he leaves inside the territory. The main idea, where possible, is to create a permanent mural about and for the community. In case for technical/economical/bureaucratic reasons this would not be possible, he creates one or more paintings, leaving at least one as a gift for the community.